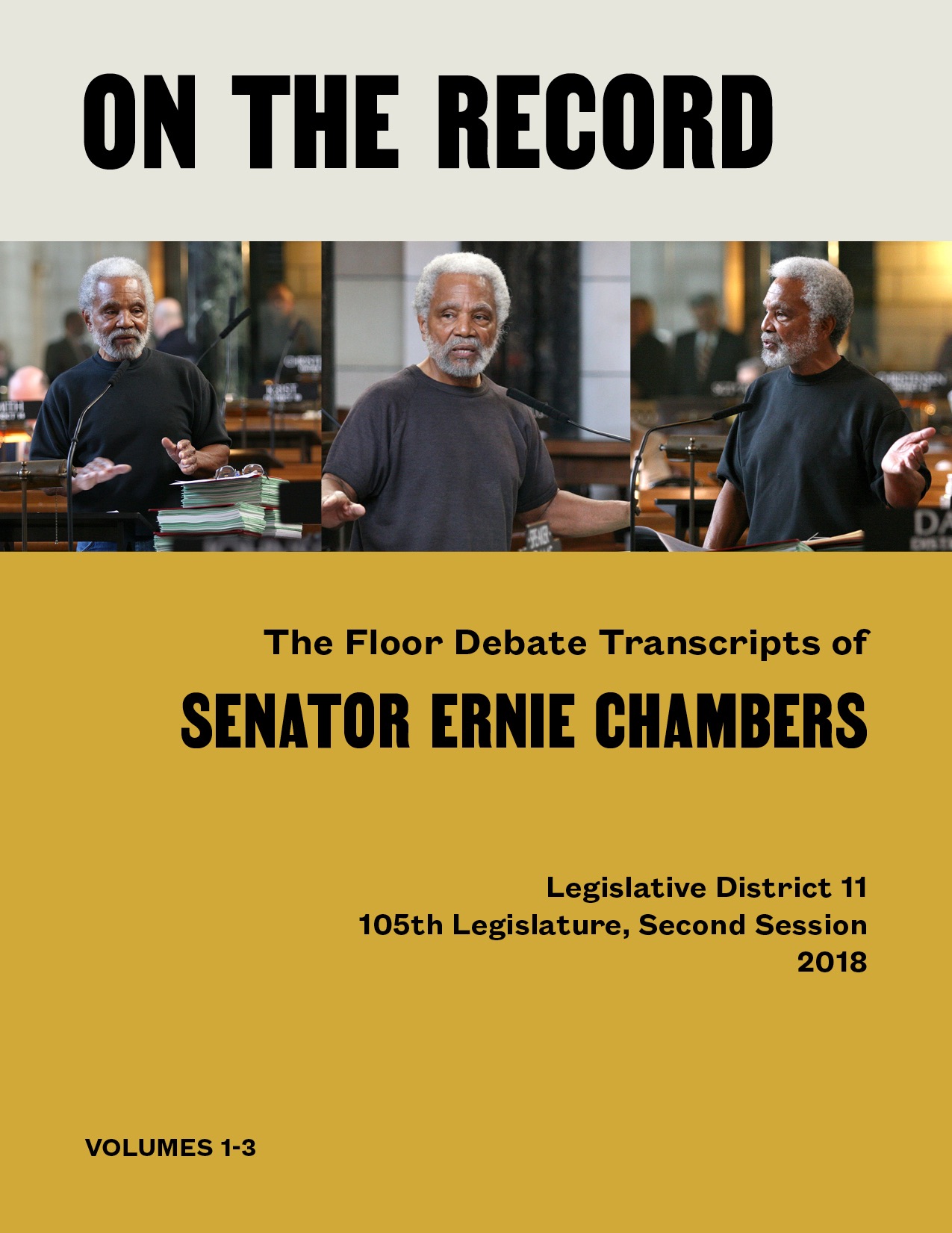 About “ON THE RECORD”

It is January 1971, and in the ornate legislative chamber of the Nebraska State Capital, a lone black barber is being sworn in as the state senator of Legislative District 11, representing the people of North Omaha. Senator Chambers was a well-known African American activist before his election. After his election, he became the most well-known Nebraska elected official. The self-described "Defender of the Downtrodden" was repeatedly reelected by the residents of Legislative District 11, making him the longest-serving state senator in the nation’s only nonpartisan, one-house Legislature, known as the Nebraska Unicameral. His eloquent oratory, empowered by his knowledge of the legislative rules, constitutional law, and the history of racism, has shaped every legislative session and the State of Nebraska since 1971.

ON THE RECORD is an unedited account of what Senator Chambers says and how he says it. ON THE RECORD contains a year of speeches delivered on the floor of the Nebraska Legislature by Senator Ernie Chambers. Although this compilation is from only one legislative session, it captures what the Senator from the 11th Legislative District has been doing, year in and year out, over his career from the 1970s up until 2008. The Senator "sat out" four years to comply with term limits and was then reelected for two more four-year terms, which he will complete in 2020 at the age of 83.

ON THE RECORD is compiled from all of Senator Chambers’ floor speeches delivered during the 105th Legislature, Second Session, a 60-day session. It is arranged in three volumes covering 20 days each and is taken from the official transcript of the Nebraska Legislature, assembled and printed by the legislative transcribers of the Clerk of the Legislature. The readers will see the rough draft transcript of the proceedings and throughout specific references to the legislative day. The numbers accompanying the day refer to the page in the legislative transcript from which Senator Chambers’ speeches are taken. An intrepid reader who wishes to delve more deeply into the debate on a particular issue could go into that daily transcript—available online at www.nebraskalegislature.gov—and review the entire debate.

This public transcript, captured by a talented team of legislative transcribers, includes identification of Senator Chambers' singing, rhyming, and his utilization of languages other than English. This compilation includes the Senator’s interaction with his colleagues through questions and answers on the floor of the Nebraska Legislature. Transcripts of proceedings are often used by the Judicial Branch to determine the intent of laws enacted, and as such, the power of all words spoken on the floor take on substantial meaning. It is fair to say that no senator has spoken more words on the floor of the Legislature than Senator Ernie Chambers, thus shaping the laws of Nebraska for the past half century. 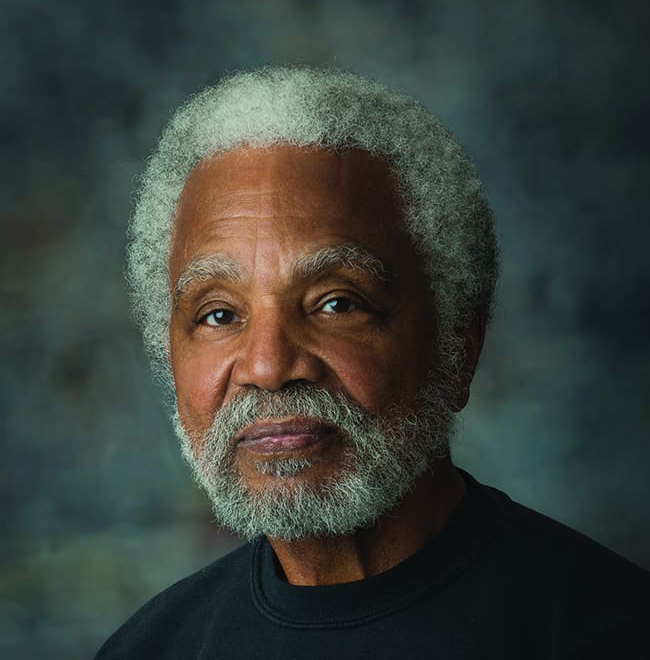 Ernie William Chambers was born in Omaha, Nebraska, on July 10, 1937. He has both a BA and law degree from Creighton University. He has worked for the post office, the army, and as a barber.

He was first elected to represent the Legislative District 11, representing the people of North Omaha, in the Nebraska Legislature in 1970. He is the longest-serving state senator in the history of Nebraska to date and the only African American to have run for both governor and the US Senate in Nebraska’s history.

He is self-described as the “Defender of the Downtrodden.”